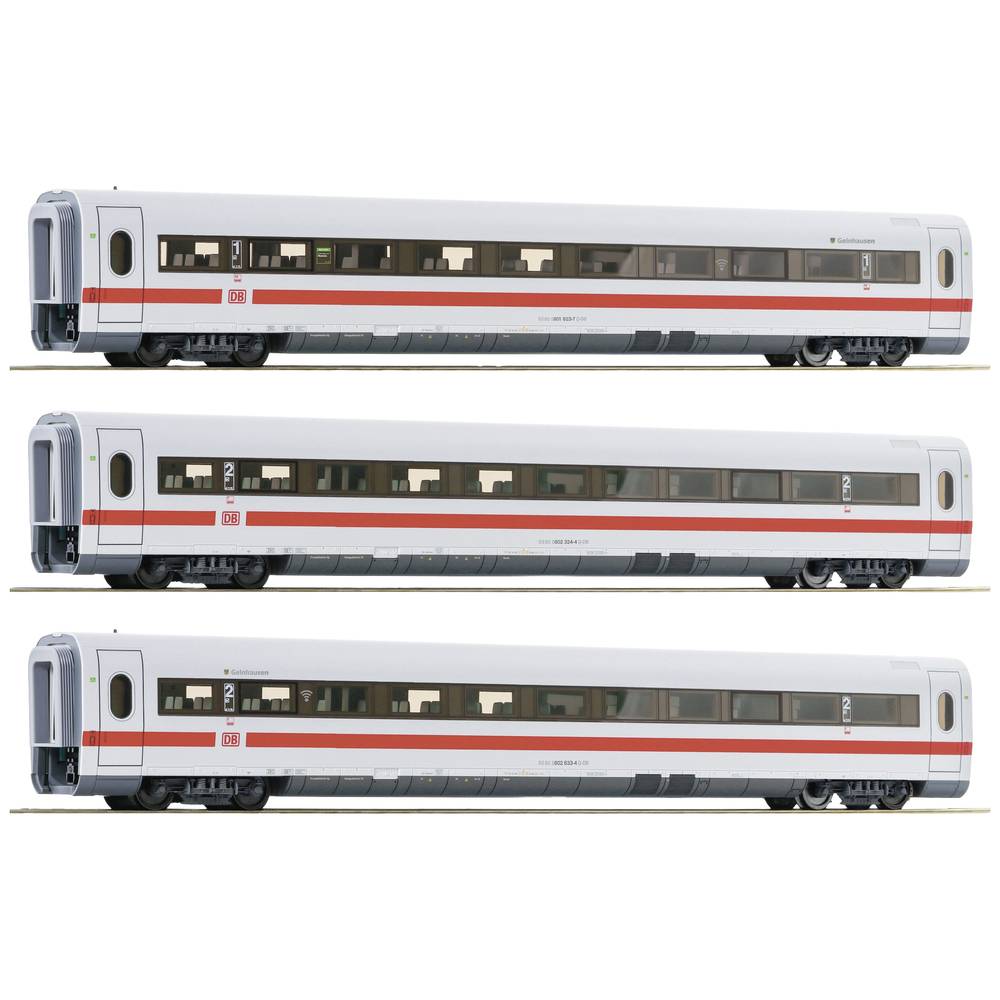 The era of high-speed rail traffic at the Deutsche Bundesbahn began in the summer of 1991 with ICE 1. For the first time, a completely new rail system was introduced with newly developed trains, special high-speed lines and a far-reaching timetable reform. The railcar concept with closed, wide car crossings was groundbreaking for modern rail fast traffic. The maximum speed of 280 km/h in regular operation, as well as the high level of comfort revolutionized rail traffic and secured important market shares in competition with the automobile and the aircraft.The ICE 1 consists of two traction units and up to 14 intermediate wagons, in regular operation 12 wagons. With a total length of up to 411 meters and up to 800 seats, they are the longest ICE units of all previously built types. The humpback dining car that is still characteristic today, which is always between the car groups of the 1st and 2nd. Class, makes the ICE 1 easily recognizable. Of the 60 units built, one part is equipped with a second pantograph with a narrow abrasive for use in Switzerland. This enables direct connections from Hamburg and Berlin via Basel to Interlaken or Chur.The entire ICE 1 fleet received a comprehensive âredesignâ from 2005, making it the first generation of ICE, with leather seats in the first generation, for example. Class that corresponds to the current ICE standard. A second modernization program has been running since 2019, with the aim of extending the service life by another ten years. With an average mileage of more than 500,000 kilometers per year, ICE 1 continues to set high-speed standards with its high reliability.This text is machine translated.