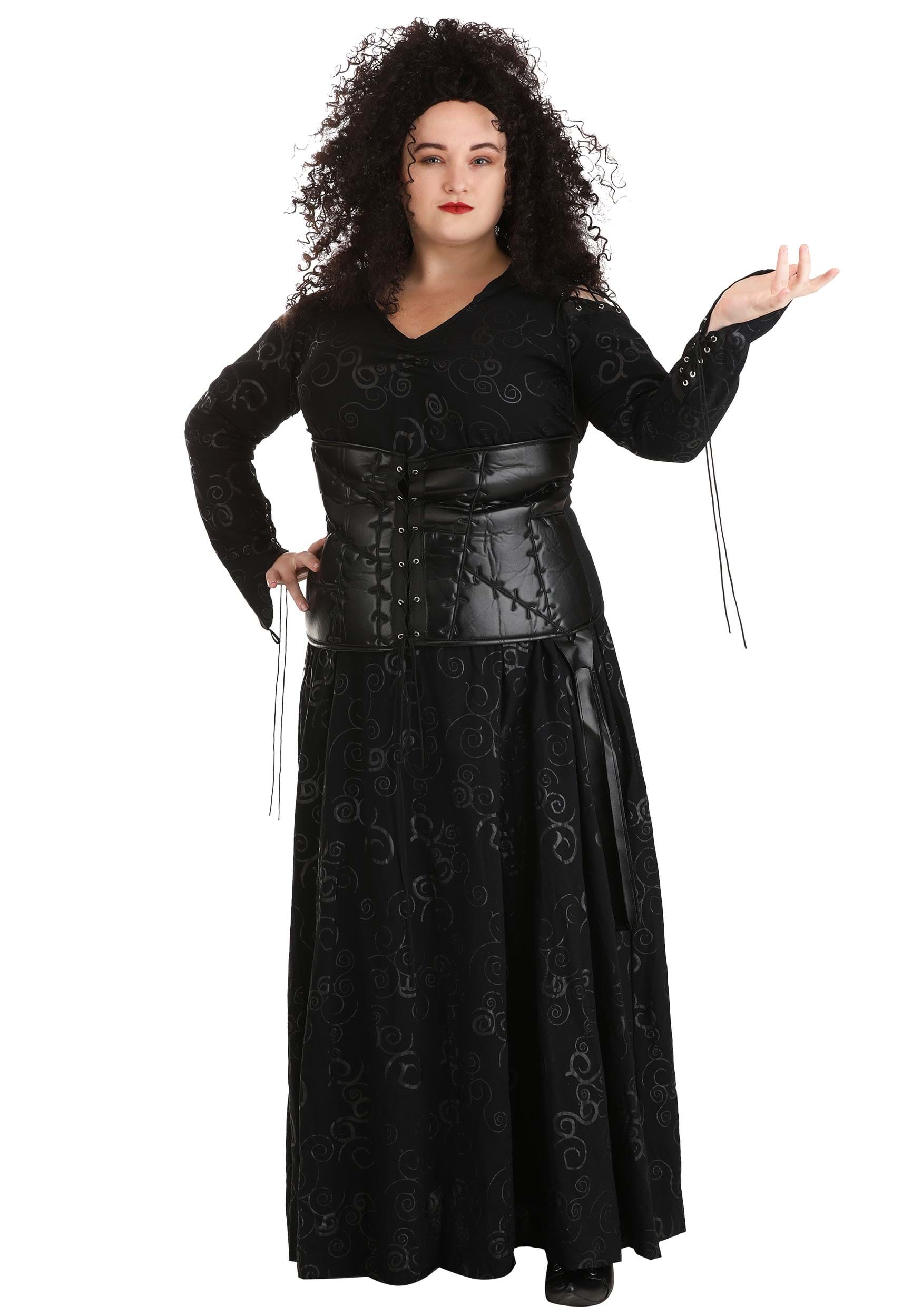 It's a LeStrange, Strange World Are you looking for a costume that is creepy enough to send chills up the spines of the most dedicated Halloween hosts, but also fun to wear and witchy, too? If you're a Harry Potter fan (and come on, who isn't?), then you're going to want to snag this Women's Plus Size Deluxe Harry Potter Bellatrix Costume. Now everyone's most feared and deranged witch can come to life with the help of your spot-on depiction and this cool ensemble! Of course, we do NOT authorize the use of any real dark magic while wearing this costume. But you can definitely practice your cackle, rehearse some of LeStrange's most twisted sayings, and find the perfect curly wig to pull off the look to perfection. In other words, go all out as your favorite Death Eater this Halloween, but...you know...keep the unforgivable curses, torture tactics, and evildoings out of the picture. Bellatrix's presence ought to be enough to scare the living daylights out of any other witches or wizards you encounter.  Design & Details  You have to admit, Bellatrix is so cool, in part because of how gothic and creepy she is! A replica of her signature look, this officially licensed costume is crafted in our in-house design studio, so we can preside over its construction, details, and transformative magic. This costume features a swirl-printed, pullover dress with a hood and long sleeves, as well as lace cording along the forearms. A foam corset sits on top, with an allover sewn appearance and front lacing. You'll want to either get a perm or pick up a Bellatrix wig (not included), and don't forget a wand — she's practically powerless without one!