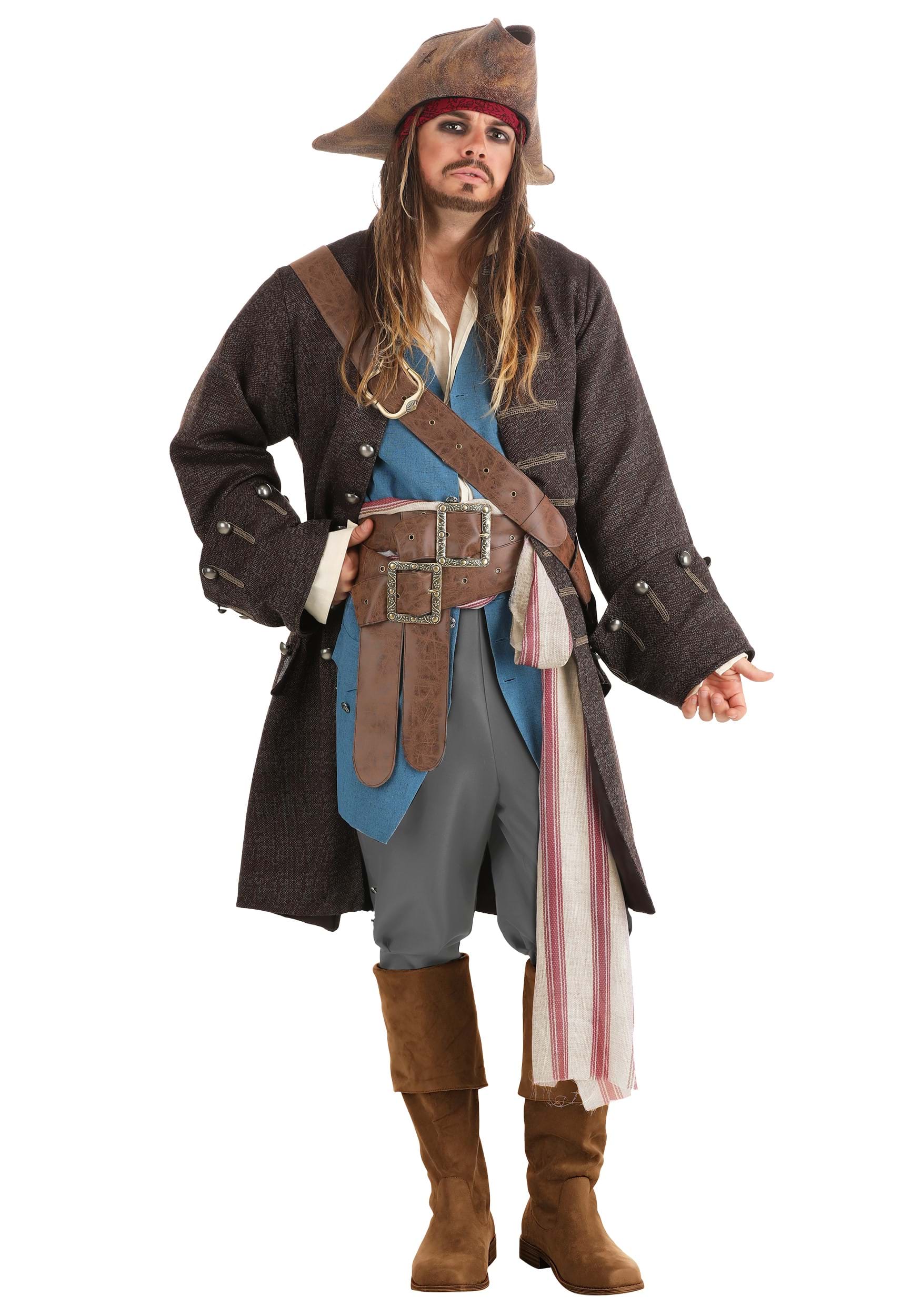 He's a Captain! Never forget that he's simply just Jack Sparrow! If you happen to refer to him as just "Jack Sparrow" he'll quickly remind you that it's Captain Jack Sparrow. And he's earned that title! He's traversed dangerous waters, seeking priceless treasures. He's crossed swords with the likes of Davy Jones and Blackbeard. He's even faced off against the deadly Kraken and lived to tell about it. That's why he never lets anyone get away without calling him a captain. Now, you can feel like the legendary pirate captain when you wear this exclusive costume inspired by the Pirates of the Caribbean character. This Authentic Captain Jack Sparrow Costume has realistic touches that will have your friends and family immediately referring to you as captain! Design & Details This outstanding ensemble is officially licensed from Pirates of the Caribbean. It comes with everything you need to step into the role of Disney's Captain Jack Sparrow! The costume outfit begins with a pair of pants and lightweight shirt inspired by the ones worn by Jack. The blue vest fits and the long coat fit over the top to capture the look and feel of a real pirate captain. The red headscarf ties around your head. A shoulder belt, a waist belt with a sword holster, and a waist sash are also included to help you make the transformation complete. Just be sure to remind everyone to call you Captain Jack Sparrow when you wear it!